Note: To enlarge any of the CrashBoxx Dashboard widgets, click

at the top right of its box. The report will increase in size to take up all the screen's real estate. You can click

to minimize the widget again.

The Crash Percentage by Total Fleet widget provides a line graph showing the percentage of crashes that occurred in each time element across your fleet, depicting whether incidents increased or decreased over the date range. On the y-axis are percentage values, and along the x-axis are time segments; if you have left the Select Interval filter selection at its default of Last 12 Months, these will be the months of the year. 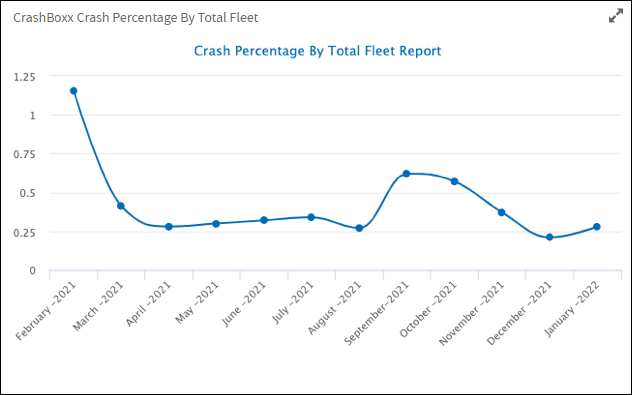 The Crashes by Severity Widget

On the Crashes by Severity tile, you will see a bar graph that offers a visual representation of how many crashes of each level of severity occurred per time segment. The y-axis shows the number of accidents, and the x-axis contains the same time periods as the Crash Percentage by Total Fleet tile (months, if you have left the Dashboard at its default time frame of Last 12 Months). 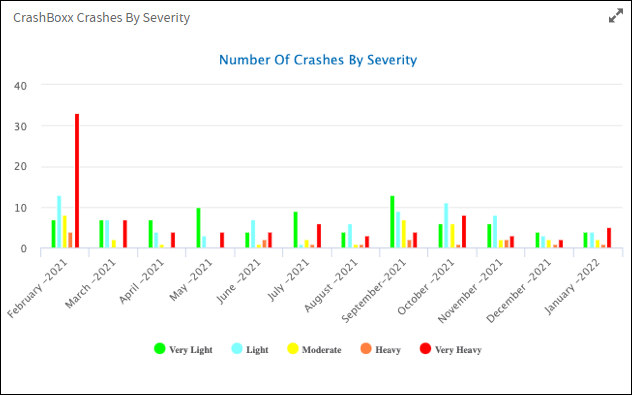 Each time element will have five bars of its own, representing the number of accidents of each level of seriousness/harm that occurred, using this color-coding:

The Total Crashes widget consists of a bar graph that displays how many crashes occurred per time segment. The y-axis shows the number of accidents, and the x-axis contains the same time periods as the previous tiles (months, if you have left the Dashboard at its default time frame of Last 12 Months). 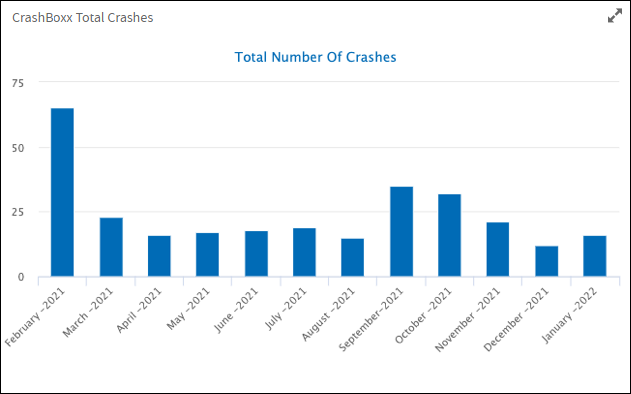 The Devices by Noncrash Reports Widget

The Devices by Noncrash Reports widget contains a bar graph that shows the devices that had the most events that CrashBoxx initially considered to be potential crashes but ultimately determined were not actual accidents. (This could indicate that the operators driving the vehicles associated to the devices were incurring an excessive number of harsh events, such as harsh braking and hard acceleration.) The y-axis displays the number of noncrash events reported to CalAmp, and the x-axis lists the top ten devices by ESN (electronic serial number). 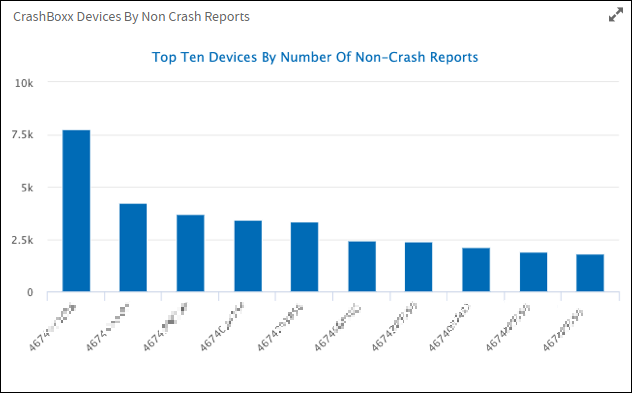 The Percentage by Crash Type Widget

On the Percentage by Crash Type tile, there is a pie chart that exhibits the percentage of crashes in your fleet of each type — type in this case meaning where the asset was hit, such as the front of the vehicle, the front-right side, and the back. The pie pieces are color coded by the area that was harmed. 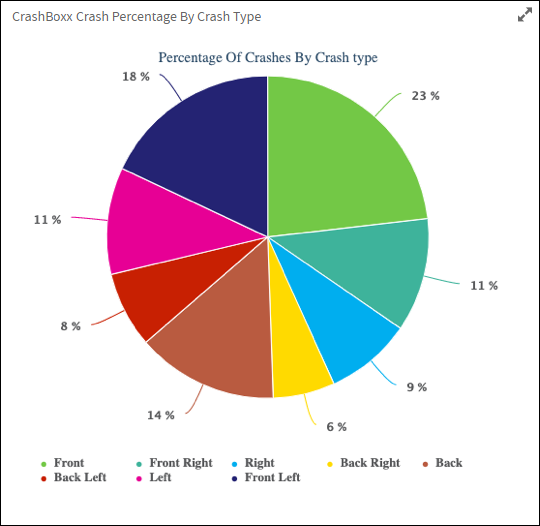