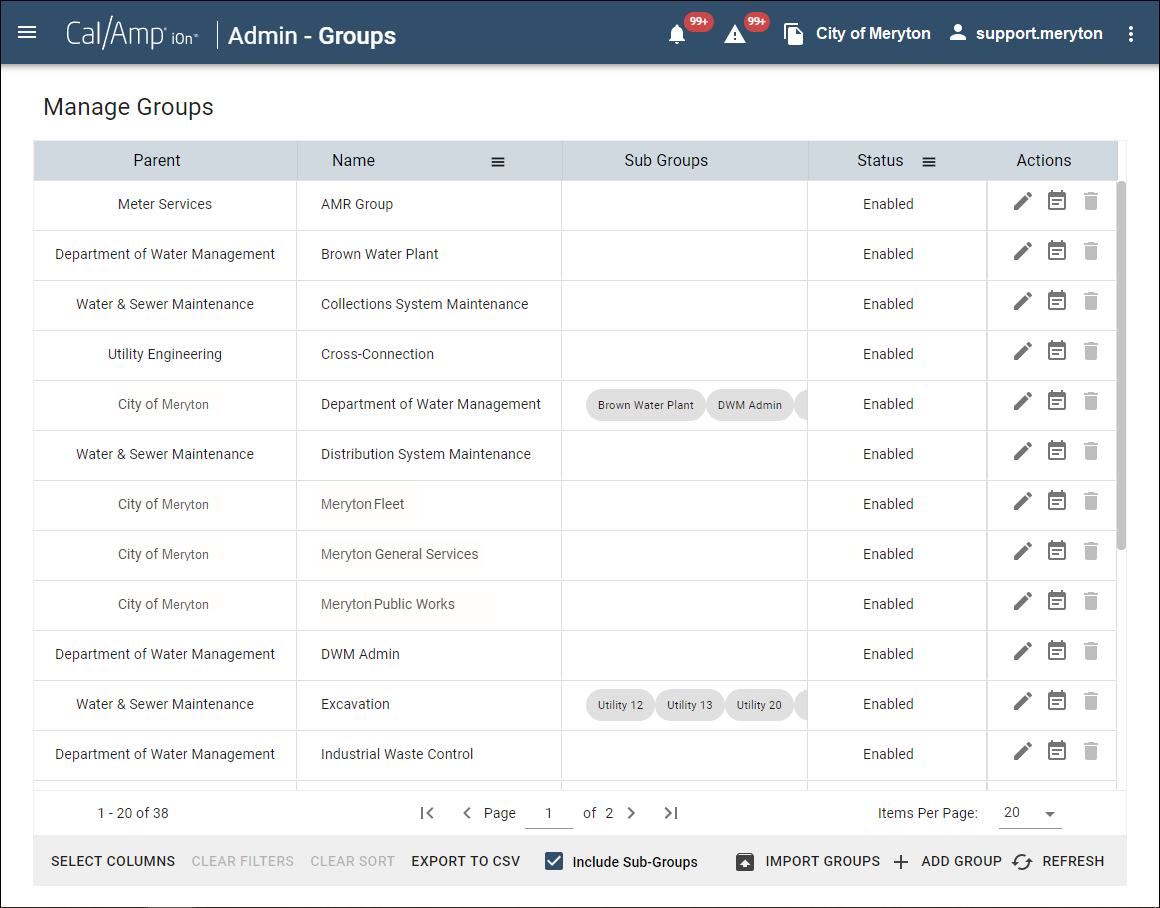 Groups are the basic organizational units of your overall fleet, and you can arrange them in a manner that is logical to your company's structure, including a hierarchy of main groups (parent groups) and subgroups (child groups). Groups contain all your assets (and you assign each asset to a group when it is created); for example, you might have a group named Snowplows with child groups such as North, South, East, and West to which all your vehicles that are equipped to plow snow belong (with the vehicles assigned to the subgroup that describes which side of the city they work in).

This article describes the various features of the Admin - Groups screen, which you access by clicking

>> Admin >> Groups. The Admin - Groups screen is where your organization's iOn administrator will add new groups (either individually or in bulk using the import feature) and edit existing ones.

By default, the Admin - Groups screen shows only the immediate subgroups of the group you are assigned to, listed by name in ascending order (from A to Z). If you would like to view child groups of those as well, select Include Subgroups at the bottom of the screen.

Note: For information about the banner at the top and accordion menu on the left (which you open by clicking

Here is an explanation of the grid icons and column headers:

These are the options along the bottom of the screen:

Just below the grid are icons that enable you to navigate through the pages of data, if needed. See Paging Options for an explanation of these.