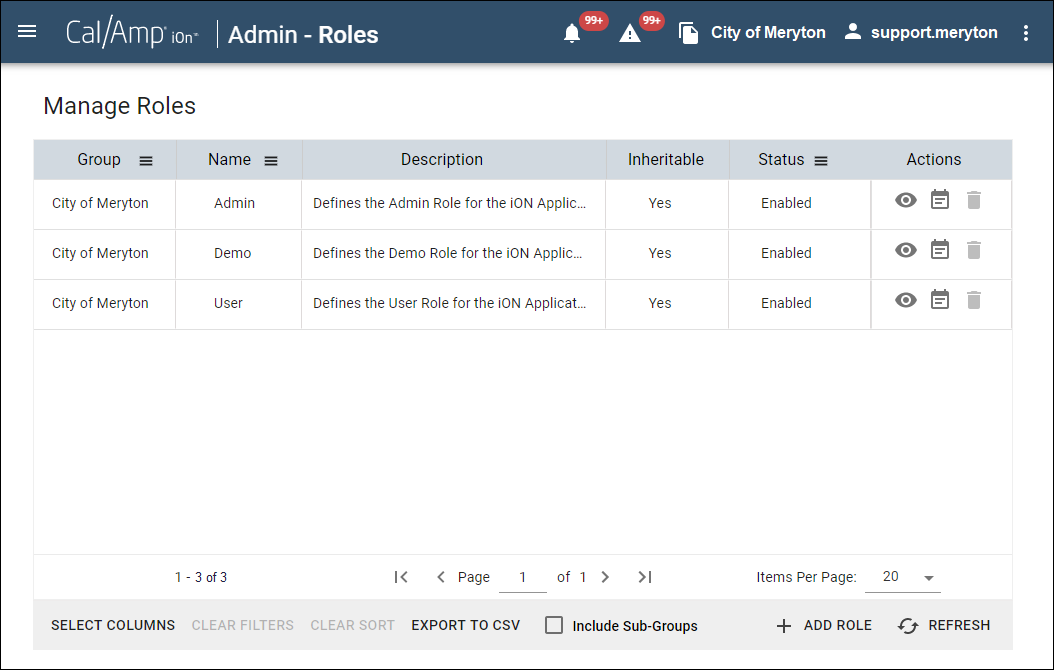 A role determines the level of privileges your iOn users have within your account. This article describes the various features of the Admin - Roles screen, which you access by clicking

>> Admin >> Roles. The Admin - Roles screen is where your organization's iOn administrator will add new roles and edit or delete ones they've created. When you design a role, you assign which screens it can access and modify.

Note: For information about the banner at the top and accordion menu on the left (which you open by clicking

By default, your roles are listed by name in ascending order (from A to Z). The three roles in the preceding figure come prepopulated in iOn, and they offer the following levels of access to your data:

Here is an explanation of the grid icons and column headers:

These are the options along the bottom of the screen:

Below the grid are icons that enable you to navigate through the pages of data, if needed. See Paging Options for an explanation of these.